Why Do They Always Get So Lucky?

Have you ever wondered why one person pays a mortgage off in 6 years whilst another takes 6 decades? How come THEY always get so lucky?

Why is it some constantly seem to struggle with their mortgage like they’re fighting some unimaginable fiery giant that just… won’t… die whilst others breeze through it? Why do they always get the lucky breaks in life?

Many assume that’s it’s because the “lucky ones” get paid more or that it’s because they have an unfair advantage of some kind. Unfortunately, that’s a complete load of BS I’m afraid.

When we as humans see another person performing well or that has something we want a number of psychological tendencies coalesce and more often than not we conclude that “they’re just lucky”. I mean, what else could it be? If you know someone who’s got a high up position at work, they were just in the right place at the right time yeah? If that family friend lives in a big, expensive house that you know is fully paid off they just must have always been wealthy right?

One of the main psychological factors that contribute to this delusionary state is Recency Bias. Recency Bias means we pay more attention to the short-term events than the longer-term events. We’ll happily ignore the fact that person X has gone swimming 4 days a week for as long as you’ve known them and instead focus solely on how AMAZING they look in that tight dress. They’re SO “lucky” to have a great figure aren’t they?

Isn’t Stephanie Rice so lucky to be thin? No. She won three gold medals at the 2008 Summer Olympics in Beijing and has likely trained every day since she was very young. Luck has nothing to do with it. When you’re aware of what Recency Bias is you start to see it happening everywhere as people just glaze over the long-term effort a person puts in and instead skips straight to the assumption that they just lucked out.

Another reason we do this is because we could never admit to ourselves that the other person IS ACTUALLY better than us. No one wants to depress themselves with the realisation that maybe, just maybe the problem lies with themselves… so our brains instead grasp at straws and make up any and all reasons that could explain why the other person has something we don’t have. They don’t have kids. Their parents gave them help. They knew the boss from their old school. They don’t have as busy a life as you do and on and on and on… Few people ever see themselves as the problem when pondering why another person is doing better than they are.

Rarely do we ask “what are THEY doing that I’m not that can explain why they’re better than me?”

The truth is that some people DO have a bit of help from lady luck. They are born into very wealthy families and get Ferrari’s for their 18th birthday. The thing is though, these very rich people are rarely in our own circle of friends or co-workers. They’re on the TV not on our local cricket team with us. The ones that ARE within our circles more than likely grew up with very similar circumstances to us. We tend to congregate with like minded people (no doubt due to Confirmation Bias) and this means that we naturally gravitate and make friends with others that are in similar situations to us.

These similar circumstances are likely things like a moderate lifestyle with maybe one or two parents that never bought them EVERYTHING they wanted (but always gave them everything they needed). They likely went to a similar high school or Uni. They probably like to watch sports or go out for a drink with the boys. They like to shop and eat nice foods but can’t afford to buy ANYTHING they want. They’re really not THAT different and sure, they might be on a slightly higher income to us (say $75,000 vs. $65,000) but normally it doesn’t explain away the large gaps between people’s lives.

So if we’re being honest with ourselves and we can, for the most part, acknowledge that this person we’re being envious of had an upbringing just as “lucky” as we did… then we can probably come to the conclusion that it’s actually ourselves that’s the problem, not them being lucky. They’re not “lucky” to have paid off their house in 6 years… they worked hard, consistently at it. What have you done?

People that stand out as top performers aren’t just lucky. They’ve realised that just doing what everyone else does will only get them as far as everyone else – and that’s not very far at all. Want to be like everyone else regarding paying off your mortgage? That’s cool, just don’t expect to get ahead of anyone out there over the next 30 years or so.

On the other hand if getting that sucker paid off in FULL within 6 years sounds like an impressive challenge to you then you’re going to have to start thinking and acting more like a top performer. You want to learn about the mortgage system, about how it works, about what the “normal” game is and it’s various quirks if there are any. You want to analyse and then systematically figure out exactly how to finish it in that 6 year time frame (or however long you’re aiming for). How can you end the game in 6 years given your current boundaries? Can you get RID of any of these boundaries?

You have to know what works, what is worth your time as well as what doesn’t work and what to ignore. Does having your money in an Offset account REALLY help you cut years off your mortgage? Or should you more focus on finding the best interest rate perhaps? Maybe you should instead start focusing on earning more income and moving up your jobs ladder instead? There are likely many different paths you can take and you should be able to quickly triage them with regards to their results BEFORE you put in too much of your time. Top performers don’t waste 12 months doing something that’s a waste of time because everyone else is doing it, they study and research it quickly and in depth, then test it before they commit that much of their time towards it.

Lucky for you though I’ve already spent years of my life doing just this. Also lucky for you, I’m more than happy to disclose the FULL details of my findings (including spreadsheets and examples) for free.

This website would have you cough up $19.95 for their information on how to “pay off your mortgage fast”. Too bad for them I’m now giving better information away for free

Next week I’ll be addressing some of the various things surrounding the mortgage industry. What you need to pay critical attention to. What you can ignore like one of those annoying co-workers that constantly wanders over to your desk to talk to you even when you can tell they’re just trying to find any excuse not to have to work.

I’ll also be pulling the wraps off of a very high level system everyone can use when getting the big win that is paying off your mortgage quickly.

So what things have YOU been doing to try and pay off your mortgage faster? Have they been working? Or just wasting your time all along and if so, have you stopped doing it?

Why Do They Always Get So Lucky? was first posted on www.MutilateTheMortgage.com! 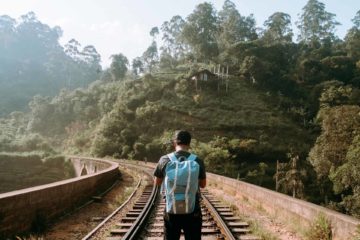 Make Sure Your Hobby Is On The Right Track

Most people's hobbies cost them money. They're something they "cut back on" when times get tough. When you're hobby is going out to dinner every week (or multiple times per week) it obviously has to be dialled back a lot if you're wanting to put as much money as possible into killing that mortgage. But there is another way...

Symptom and disease. Often associated with your physical health I'd today like to look at them from the angle of your happiness and spending. An angle that involves a broader array of diseases and how recognising them can save you a ton of money!