Finally, An Automatic Way To Pay Off Your Mortgage With A Low Salary

Not too long ago I got this suggestion for a future post:

I’d be quite interested to see how this scenario works for those on a lot lower salaries, say the $40k to 60k bracket – Tim

Over the years I’ve built up a number of Use Cases proving that even on a single income or with children you can still live a good life and pay your mortgage off fast. I’ve also gone on record saying that your mortgage pay off time will vary depending on your situation. Math is math regardless of how rich or poor you may be and no amount of trickery (at least of the legal variety) can change that.

I’m really excited to finally run the numbers for this case and obviously I’ve got to assume a few things to start with as Tim’s comment is very brief. The first such assumption is that there are two of you and you’re both working. To make things simple I’ll take both Tim’s example incomes and say one person is earning $40k/year and the other $60k/year totalling $100k/year of pre-tax income for the household.

Now about here is where most posts suggest the same, weak ass crap advice over and over again…

By paying an extra $100 a month, you will save four years and 2 months off your loan – SMH

Consider making fortnightly or weekly repayments instead of monthly – CBA

Really CBA? Your number ONE suggestion is to “change your repayments”? 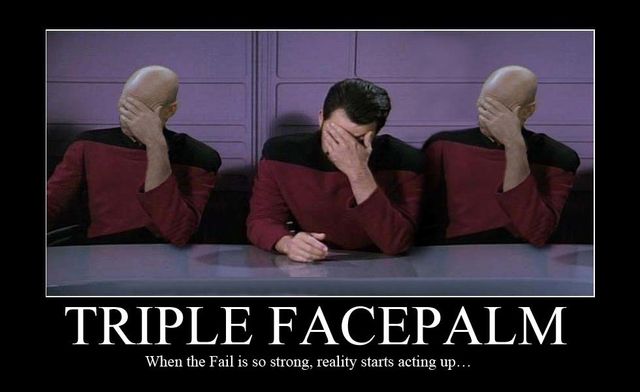 Other websites prance around the issues, but none of it is really going to move the needle much. A 30 year loan vs a 26 year loan isn’t exactly that much of a difference to most people – they’re both loooong periods of time, so why bother? It’s too long a time frame and I don’t really think about it much at all, I just block it out… there’s just no point!

But this is MTM.

Here we’re all about extremely high quality, hard pushing and detailed methods to kill your mortgage in sub 10 year time frames. Changing your repayment frequency? Pffttt! How about saving $220,000 in interest and living the dream of not having a mortgage less than 10 years after buying your home!

It sounds a bit ludicrous, especially considering this couple is on a lower salary but let’s lay it out step by step and see…

So again making the assumption that neither have a HELP Debt we get the above incomes after taxes. Interestingly, they’re only $33,750/year worse off than a $150,000/year household due to the reduced taxes. Also if Jack had a HELP Debt, he wouldn’t have to pay it back until after his salary went above $54,126.

So now we know their general incomes we have to define an appropriate home and thus mortgage debt. In previous examples I’ve actually encouraged you to work backwards, first calculating what your maximum repayments could be (70%!

) and then deriving your mortgage size from that. This is in stark contrast to what everyone else blindly does which is just ogle at pretty things and then bury their heads in the sand once they have a mortgage 10x their salary!

For this use case though I’m going to assume that this fictional couple were one of the blind sheeple when they bought their house, only recently coming into the fold of MTM and realising what a horrible rookie mistake they (and I once) made. So let’s say they started off with a $400,000 mortgage and have since paid it down to $350,000 over a few previous years. A dent for sure but nothing close to what they really want, which is for it to be gone sooner rather than later. Most people I talk to say that their dream scenario would be to pay it off in under 10 years. Let’s see how we do!

Unfortunately I only have detailed accounts of our own expenses over the years which are highly efficient for our specific case. We catch public transport to work and only have 1 fuel efficient, fully owned car. You might live in a high flood prone area making your house insurance huge. You might have no choice but to use Tel$tra cable Internet where plans start at $120/month. You might have to commute to work 50km’s each way in an old gas guzzler. I would expect that some of the below values will be higher and some will also be lower depending on your situation but they represent what I think is a fair assessment of the various usual expenses most of us here in Australia face each year.

So we have $3,246 per fortnight coming into their bank accounts and $1,073 being used for all their expenses. The difference between the two is $2,173 (a savings rate of 67% no less!) which is what they can then automate and have diverted off to their mortgage each fortnight. 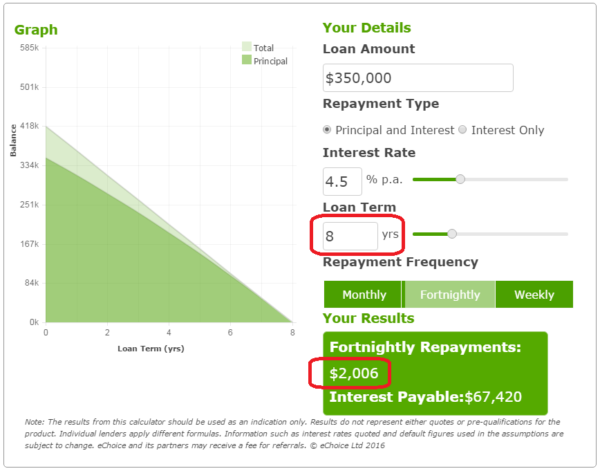 The exact loan term would be more like 7.5 years but even at 8 years this is a pretty fantastic result. At 8 years they will still have about $4,342/year to go on a holiday if they want, pay for random emergency situations like an exploding dishwasher or even buy dinners/lunches out if that’s their thing. Everyone associates paying debt off with eating beans 365 and never having any fun but this is nonsense. With $2,000+ a year each in “fun cash” this couple can buy new fancy phones, go out clubbing or whatever they love doing all while eating fabulously. On top of this I can guarantee that they will feel fantastic simply because they’ll be seeing their debt plummet. Seeing real change is often the best motivator and excitement generator there is!

As always this should also be used in conjunction with The Official MTM Strategy and the Mortgage Planning Spreadsheet for the most efficient and reliable results.

Finally, MTM has always been about actually getting results, so what results have you been getting?

Shout them out in the comments, tell us your loan size, savings rate and how long it’s going to take to kill it!