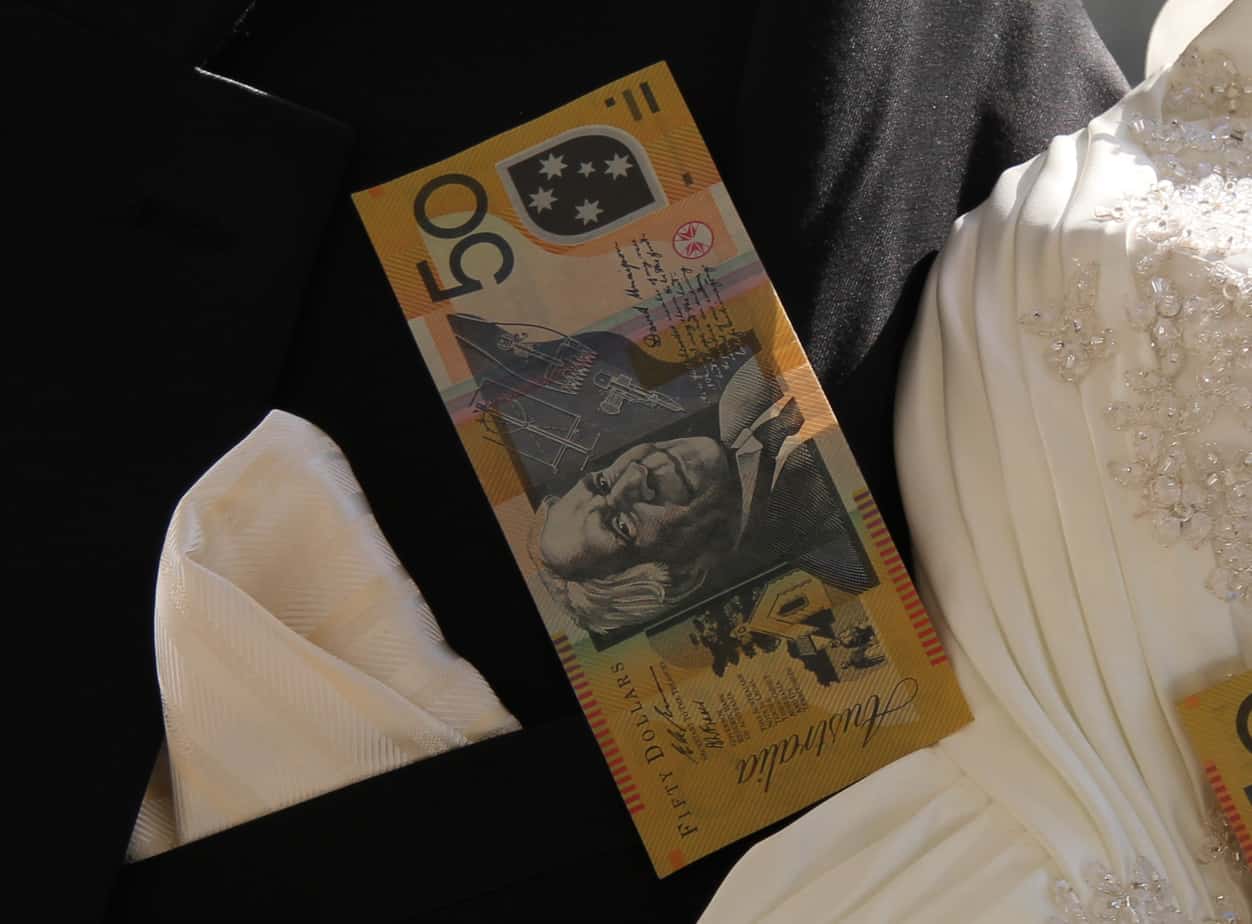 I’m all for destroying a good mortgage, devote all your resources to killing it and just you watch it burn… but I’d rather have a smaller mortgage to destroy to start off with. This is a kind of obvious fact to most people and so most want to buy that awesome house they’ve had their eyes on as cheaply as possible.

Even if you’re not too fussed and can easily afford what they’re asking, trying to negotiate a better deal is always on everyone’s mind. The strange thing is though most people SUCK at negotiation, especially First Home Buyers.

Now don’t think that because I just wrote “most people SUCK” up above there that I’m excluded from that group. When we bought our house we did no negotiation. None. We sucked! Granted it was very close to the height of the Australian housing boom (2009) and you generally took whatever price they listed the property at and “added 10%” so we were told… but that’s no excuse. If me from the present could get to the me from the past, I’d grab him by the collar and shake him back and forth yelling “Negotiate you damn FOOL! Negotiate!!!”.

Sitting and thinking about it now I don’t believe I can come up with any other situation in life (at least for me) where I’ve had to negotiate over such large sums of money. Which means I’ve never had a better opportunity in my life to SAVE more money than by negotiating properly. When you’re buying a house around the $500,000 mark (the “median house price” at the moment) and you can negotiate even a 1% reduction that’s $5,000!

It’s insane how much you can save and yet most people just plain suck at it and thus, never do it or do it poorly. Now I’m not going to pretend that I’m some mega-big-shot awesome negotiator (I’m not) but what I CAN tell you is that the next time I buy a house, I’m going to be putting a lot of effort into practising my negotiation skills beforehand  I’ve already started this training by focusing more on negotiating with work related things but knowing now just how much of a difference even the tiniest practice can make it’d definitely be on the top of my list.

One thing I have learnt about negotiation is that too many people perceive it to be a “who can screw who the most” match. A game of back and forth where one party tries to get every last penny from the other and so fighting and aggression take hold. What it should be in actual fact is a negotiation. Two sides discussing the situation and working out an end goal that benefits BOTH parties.

Normally this takes more work as you have to think about what the other party might want, not just what you want, but the results can be amazing and turn a normally hated activity into a pleasure. Imagine walking out of a real estate office and BOTH agent and buyer smiling as they’ve BOTH gotten something of value?

“But how can that be?” you say. How can the real estate agent get what HE wants whilst you get what you want as well? He won’t budge on that $500,000 price tag so what’s a FHB to do? Well here are a few things that I’ll be doing next time we have to negotiation on a house:

This one is VERY important. Research is the tool you can use as leverage over the agent. Try and find similar houses to the one you’re looking at (maybe say 3 or more) and what they sold for. There are a few websites for this and unfortunately a lot of the data costs money or is not for the public to see, however there are some places such as www.realestate.com.au/sold which are good.

From here you can have two or three properties printed off to back up what you’re asking for at the negotiation table. Did a 3 bedroom unit similar to the one you’re wanting to buy for $400,000 sell two weeks ago for $350,000? Well then that’s a great piece of info to show the real estate agent! It will also hopefully alert you to whether or not the house you’re buying is a rip off or not.

The thing to understand here is that when you present this information to the agent you are simply being blunt and honest. You must do this in a polite and professional way but the general message you want to get across is that you KNOW this house should sell for $350,000… so you’re not going to just be suckered into paying more and if they wish to reject your offer that’s fine too, but you are simply stating the facts that’s all. It’s not an argument or anyone trying to be stingy or cheap, it’s research you’ve done and because you can point at something it should hopefully frame the negotiation about those figures making it a little less personal.

People hear the advice of “go and practice” and then rarely do it so please do something for me that I saw on I Will Teach You To Be Rich, try it right now out loud. I’m serious, if you’re alone I want you to speak this little test out loud. Imagine you’re in an office buying that house you’ve had your eye on and they want $420,000 for it but your aim is to get them down to $400,000. Have a brief think about it and what you’ll say (for 10 seconds or so) and then start talking out loud with what you’d say. To start with, here’s what the RE Agent might say to get you started off…

So how’d you go? Could you come up with anything? Did you shoot back with a smooth and awesome sounding reply like you thought you might in your head? It’s hard to do in this writing format but I hope you at least tried this test a little and discovered just how much you really do suck at negotiating. It’s OK though as it’s not something anyone really does often so most people can’t just pull the skill out of thin air and be great, but it IS a skill and with practice you WILL get a lot better very quickly.

Point your mobile phone camera at yourself for once and try a few mock scenarios out in private a few times then watch the video playback and see what you might be able to improve. Are you too aggressive? Do you slouch and look weak or scared? Do you speak too softly and so can’t be heard? All these things can weigh in on whether or not you can convince the real estate agent to accept your bid.

It will also help you prepare for answers to common “no’s” that they might give you. Try and think of all the ones you can then try and come up with the best answers for them, then practice them! Negotiation is a skill and the more you do it, the easier it will be when the pressure’s on.

By the time you’re negotiating with the Real Estate agent it should be like buying a coffee at McDonald’s. You should know exactly how the discussion will go, what their points and arguments will be, how to counter them and what data you should have to back up your asking price.

Being Open To Walking Away

When you negotiate the price for a house you should never be making stupid demands. If there’s 5 other properties around the one you want that are identical and sold for $500,000 but you’re demanding $400,000 of course you’re going to get rejected. When you give your price you need to have researched facts and proof of WHY that price is a fair and just one to back you up. However sometimes even with cold hard facts the vendor (or real estate agent) for whatever reason will refuse to budge.

Perhaps the agent has convinced the vendors that their house is TOTALLY worth WAAAY more than it really is just to get their business. Maybe the agent has no clue or honestly thinks he can find a sucker to pay what he’s asking for. Whatever the reason you do have to be mindful and ready to walk away if they aren’t being reasonable.

Many people “fall in love” with a house before they’ve even been to it and this can override all other factors during a sale. One thing we did learn when buying our house though is that even though you LOVE that house and you really want it… the next house you “want” will be even BETTER.

Again. Even though you LOVE that house and you really want it… the next house you “want” will be even BETTER.

We were seriously considering and even put offers in on two other houses before the offer on the third house was accepted and each house was better than the last. In fact I even considered NOT buying our current house simply because I wanted to see what the NEXT house was like and how much better it was! You see, when you’re a FHB, the first house you think is great isn’t going to be the best.

You don’t know what you’re looking for, you’ve never evaluated a house before, all the things to look for are new… it’s just like any other activity, you suck at it in the beginning. So when you’re negotiating with the agent about a house and they aren’t giving you what you honestly believe is a fair deal, walk away. Walk away and don’t be sad that you’ve “lost the house”, walk away and be happy because you’re about to find an even BETTER house!