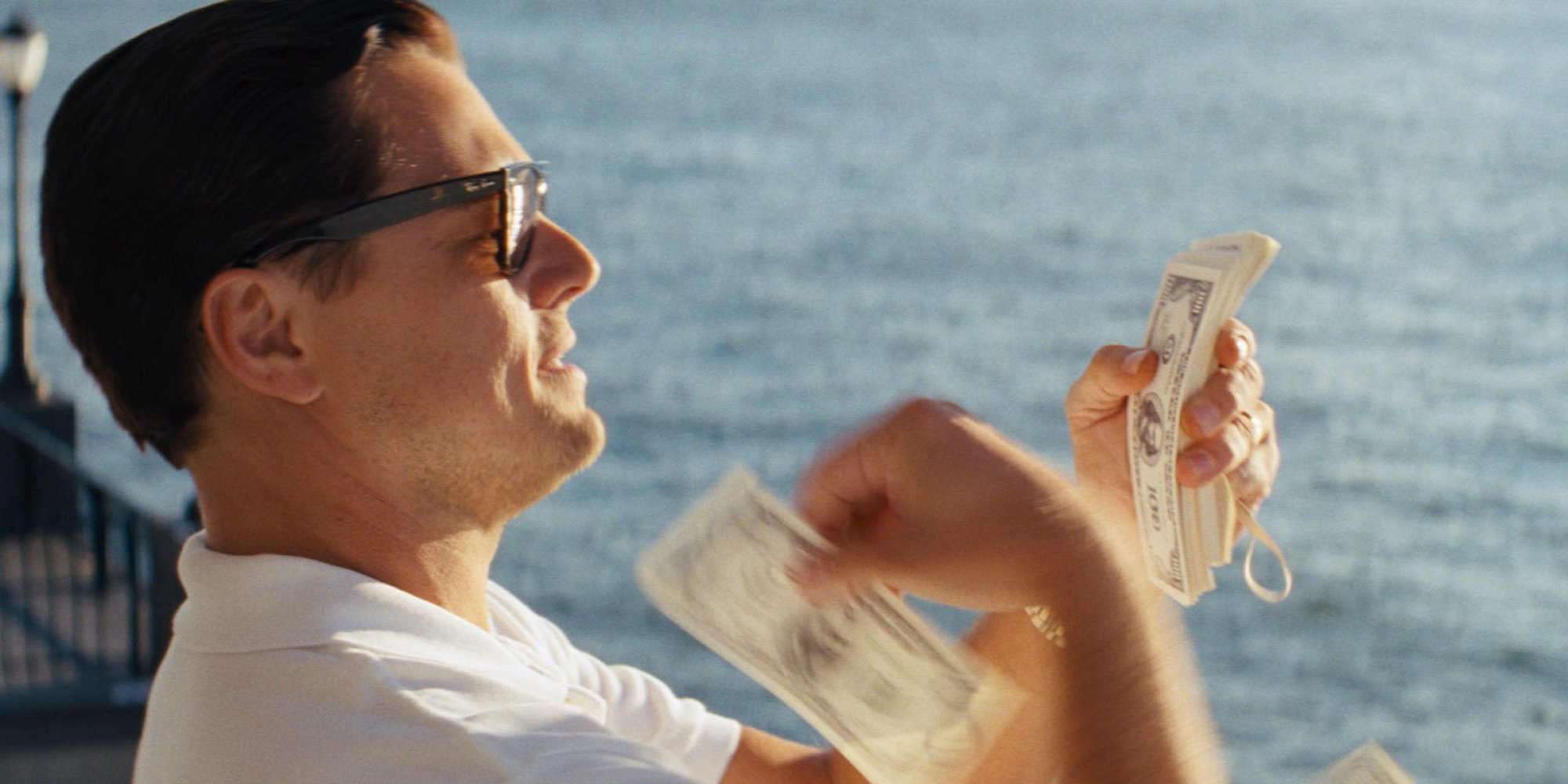 I read a funny opinion the other day. Whilst I’m paraphrasing a little here, it basically stated that before you buy your first house you should have a 20%+ deposit plus also ensure that the minimum loan repayments don’t exceed 30% of your take home pay as otherwise this will put you under “mortgage stress”.

This opinion was of course met with an overflowing torrent of replies all along the lines of “ZOMG that’s impossible” or “that’s ridiculous, you’re SO out of touch” or “stop being stupid” etc etc.

Now, I’m sure most of you living in Australia will have read that first paragraph and basically either scoffed or laughed at it because it is considered common knowledge here that that is basically bull shit and no one does it because quite frankly, it’s like asking why doesn’t everyone just look like Elle McPherson. It’s an impossibly high and ridiculous standard.

BUT! If you’re NOT from Australia, you might have read that first paragraph and thought, “huh… that sounds like perfectly reasonable and good advice!“.

And that’s why I found it funny, because it IS actually very good advice! In fact it’s very old, very solid financial advice that is still widely used all over the world today and heavily recommended by governments and banks. Why? Because it is a stable, excellent metric to use… except that here in Australia we look at it and everyone thinks it’s bollocks.

The reason for this of course is our stupendously high house prices compared to our incomes. Take for example this piece (one of the top results on Google) on how to do it.

That small flat they’re talking about is $300,000 or five times her annual salary. To top that off, even assuming she CAN get that supposed $60,000 deposit and get a $240,000 loan, the minimum repayments represent 38% of her after tax income leaving her with about $26,000 per year for everything else… really not a good scenario!

Then there’s the extra nice bit of info that most houses in Melbourne and Sydney are anywhere from 8-10 times most peoples annual salaries not five! Basically no matter what way you slice it, the figures don’t add up if you want to buy a house and do so whilst adhering to this solid and time tested financial advice metric.

So what do you do then? When you want to have a secure financial start in life by making sure your loan isn’t putting you under a huge stress but at the same time can’t find a house to buy under $300,000 how do you reconcile the two?

Now there are lots of websites out there (mostly those that have an interest in you either buying property or borrowing large sums of money) advertising “how to do it” but let’s get real, you’re not an idiot. You know that if you want to save up money for a deposit you have to NOT spend money and instead SAVE that money. As I despise repeating myself, if you’ve come here for these types of tips and tricks that’s cool, just clicky on through to my quite in depth Cutting Expenses multi-post and enjoy!

The Plan That Sets You Up For Life Plan

When it comes right down to it saving up a deposit for your first home is no different to paying off a mortgage.

Here at MTM, we do that shit FAST because it not only saves you a crap ton of money but also helps out in numerous other areas as I’ve mentioned before. You don’t argue about money problems when you are able to put 4 times the minimum loan repayments towards your mortgage. You don’t have problems with only having one income when you have a kid if you have already paid off your mortgage by then. It’s one of those Big Wins that not only accomplishes the set target, but then also knocks over a number of other ones in the process too.

But at the heart of it all the key is always having that ability to save and throw large chunks of money at whatever the problem is. In this case, it’s wanting a home loan deposit quickly. Then it becomes paying off that mortgage debt. Then after that it becomes saving for your early retirement. The common thread throughout it all though is that ability to save and dedicate those savings to the right spots over long periods of time.

On the other end it is also about knowing that what a lot of “people” say out there is utter crap and that even with a small amount of effort you can save huge amounts of money. For example in that example piece cited above, they claim the cost of running a car is $8,000 a year! For one person and one car! Now, I’m sure someone out there is paying that but it’s not hard to get that down to about $3,300 by buying a 5 year old small car outright and driving it conservatively. (That’s about $600 for comprehensive insurance, $1,500 for petrol or around 15,000km’s per year at 8L/100km, $800 for rego and $400 for services). The end result is that you can usually live quite a good life for a fraction of what everyone says you can helping you save heaps.

So what’s the plan for saving up a deposit then?

Well, it’s the same plan I propose for How To Pay Off Your Mortgage Faster but with the money redirected towards a home deposit:

I won’t lie. Structuring your life so that your expenses are around 30% of your after tax take home pay takes a decent amount of effort to setup initially. But it has disproportionately good results. It’s not something that just gets you a cool result once and that’s it. Instead after a while it becomes just how you live your life and it’s no big deal… meanwhile you suddenly have this HUGE advantage over everyone else. You have access to 70% of your income to put towards really big, serious things in your life that you want to achieve and you can do this for decades!

The other thing I won’t lie about is that this percentage, 70%, is a lot harder to achieve if you’re on a single income or if you’re on a lower than average salary. In these scenario’s try not to worry too much over a specific % and instead try and set things up as best as possible.

As an example say you’re on $60,000 as a base salary and it’s just you. After tax and Medicare etc that’s about $47,500 that’ll end up in your bank. For a single person with no children and no other debts your expenses might be around the $26,000 range if you’re very efficient (not including rent/mortgage). That gives you a savings ratio of 45% or $21,500 per year. Contrast that to if you’re TWO people on the same wage and your expenses are now $32,000, again quite efficient for a couple. That gives you a savings ratio of 66% or about $63,000 per year. As you can see, just by being a couple you get heaps closer to the 70% figure.

Now why I usually quote 70% is because it’s more common for people paying off mortgages to be a couple but if you are single, you probably should be reading that figure as “50%” instead. Then if you are on a much higher salary like say $90,000 start aiming for 55%-60%+.

Whichever target you aim for though my point is that rather than “saving up for a deposit” why not instead learn to save? Then direct that new skill at saving for a deposit.

Saving 70% of your after tax income is a difference in kind rather than a difference in degree to what most people do or suggest. It’s not “saving your tax refund” or reducing your bills, we’re instead looking to completely change how you save and why you spend your money. The result is that you can then smash through saving up your deposit, paying off your mortgage and then retire early.

*For the record if it was me, I’d ensure I was living at home, working full time and plow that $21,000 (or $63,000 with a financially savvy partner on board) each year into an ING Direct savings maximiser account with a linked everyday banking account for maximum results. It’d take about 2 years for the single person or 1 year for the couple and then I’d look at buying a $300,000 place to start off. Redirect those savings towards killing the mortgage all the while also focussing on increasing my income. If I’m single for the rest of my life and never get a pay rise at least my home will be paid off after about 15 years. If I am a couple though, still with no pay rises, then it’d be done in under 5 years.