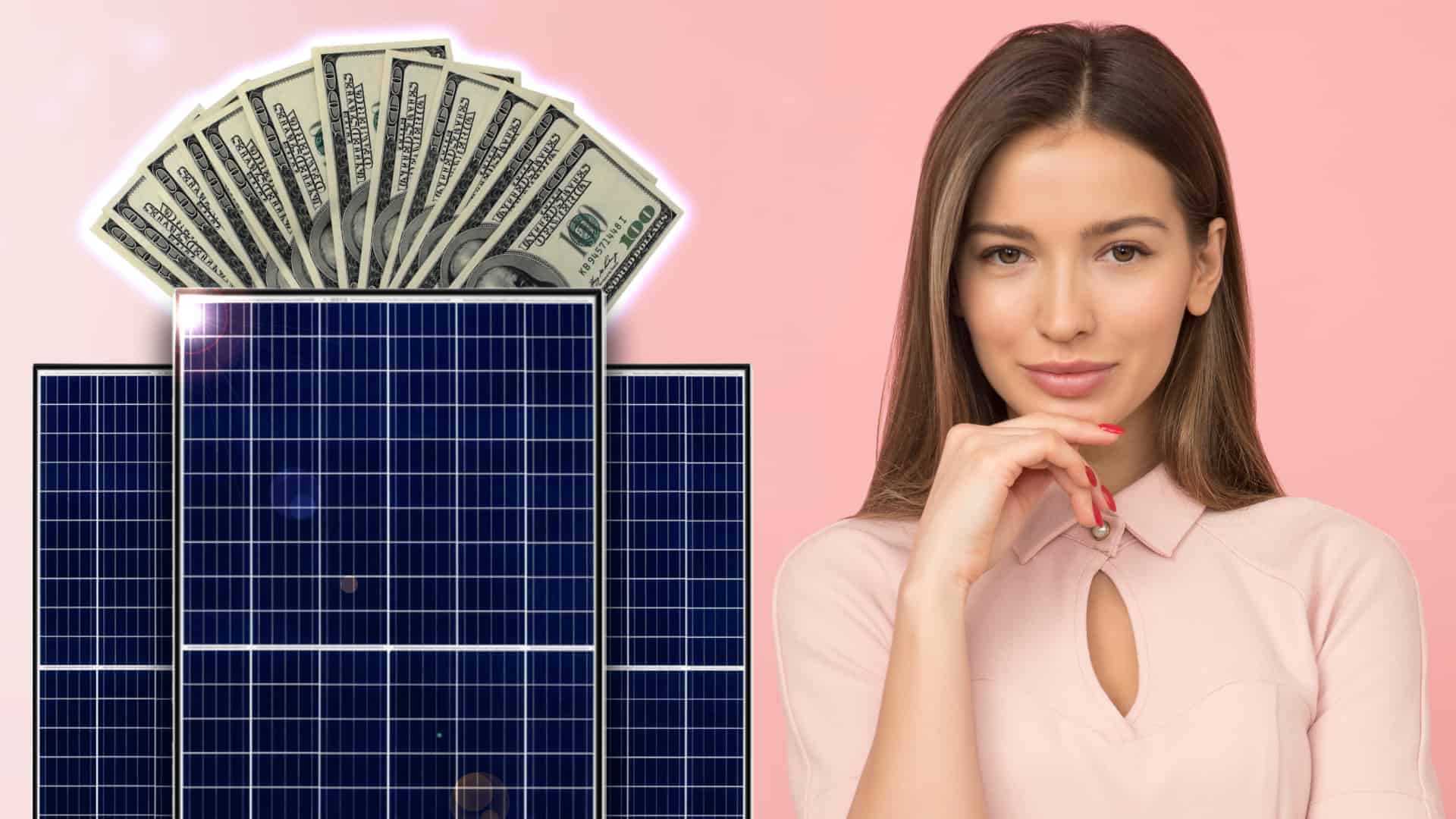 Bill shock, especially here in Australia is a very real thing. Over the last decade the cost of electricity has gone up more than 250%, it’s insane! As a result, many are wondering how to buy solar to both help the climate and cut their expenses.

Low income households are being forced to freeze during winter or pay massive power bills they can’t afford. It’s not just in the land down under either, people all over the world are struggling to pay what is one of the most critical bills.

“Nearly a third of households in the United States have struggled to pay their energy bills, the Energy Information Administration said in a report released Wednesday.” Source: NPR

Struggling to pay your power bill or being shocked to see it costing huge amounts of money each quarter isn’t something you have to put up with though. For years now solar has been taking big, expensive energy bills and crushing them. Many even have the power companies paying them money instead!

This is a picture of one of our power bills from back in 2012. Since having our (now comparatively small) 1.5 kW system installed it’s meant tiny power bills in the winter and valuable extra income in the summer. Opening our “bill” is now like opening a pay check!

It’s not a scam, it’s not BS, it’s just a fantastic technology that you can use to generate passive income and get rid of those ridiculous power bills forever.

The biggest problem with getting solar though is that buying it isn’t a very straight forward process, despite what solar installers might tell you…

You should be able to call up a solar installer and just get it done, but every year thousands get ripped off, have poor quality solar equipment installed or have things go wrong. Things that could have been avoided saving them multiple thousands of dollars if they’d only known what to look out for.

This is the current reality when buying solar:

A ridiculous web of trying to figure out which solar installers are solid… and which are slime. But how can you tell? Should you look at their reviews? It’s been proven companies routinely fake them…

“The Federal Court has ordered by consent that P&N Pty Ltd and Worldwide Energy and Manufacturing Pty Ltd (WEMA, formerly trading as Australian Solar Panel) pay combined penalties of $125,000, for publishing fake testimonials and making false or misleading representations about the country of origin of the solar panels they supply” Source: ACCC

Your friend Rex got his solar installed without an issue… but how do you know he wasn’t over charged for cheap quality solar panels or solar inverters? How do you know the system that installer put in will last for decades (as it should)?

“Wollongong resident Rex Leighton spent $8,000 installing a rooftop solar system in 2015, which he expected would last for at least 25 years. It only lasted four and a half years. The regulator’s inspections found that about one in six solar installations was “substandard”, and about one in 30 was “unsafe”. Source: ABC News

Maybe you just guess? Take a risk or go with whichever one has the prettiest website? It’s a risky bet… especially when you’re gambling with thousands of dollars and potentially you’re entire house!

The acting commander of Fire Investigation and Analysis at Melbourne’s Metropolitan Fire Brigade (MFB), Steve Attard, says homes can be destroyed in fires that have been caused by [cheap] rooftop solar systems. Source: ABC News

That’s why this course was created, to give everyone a simple, step-by-step guide on how to buy a solar system for your home while avoiding all the tricks and traps that so many fall into. From being sold overpriced systems, to getting trapped in contracts with “yearly cleaning fees” to having their promised quality brand equipment switched out to poor quality stuff without their knowledge or permission there’s a range of ways buying solar can go wrong.

How To Buy Solar And Start Generating Passive Income

We believe using technology and putting effort into the right things can help change a person’s life forever, leading them to live a richer, healthier and happier life. It’s a process you can apply to many parts of your life. Learn. Plan. Transition Profitably.

When it comes to solar the technology has been around forever and people have been actively using it to crush their power bills and get ahead in life for over a decade. The cat is truly out of the bag but that doesn’t mean you have to miss out!

If this course helps you avoid a bad solar install, it will have paid for itself 10 times over!

Using simple step-by-step videos this course outlines what solar is, how to ensure your buying and installation process goes smoothly and finally explains all the best ways to make sure you’re getting the most use out of your new system.

That way you can deal with those energy bills once and for all plus potentially create a new source of passive, tax free income for you and your family.

Not knowing what brands of solar panels or solar inverters are good, bad or cheap can not only cost you thousands of dollars but potentially put your house and family in danger of electrical fires.

This course gives specific instructions on what brands to purchase so that you can ensure you stay safe, even if you don’t want to spend a huge amount of money. It also covers the various different forms of paying for your solar system so you get a full picture on which one is best for you.

With simple steps and clear demonstrations you can learn all about how solar works, the various components that are involved as well as the full, end to end installation process. With simple and quick one on one videos you’ll learn exactly how to get your solar install right the first time.

Best of all, this course will be with you right from the basics, all the way up to advanced tricks and tips to watch out for when it comes to the contracts solar installers ask you sign. It will lead to a more relaxing, calmer life without you worrying about huge power bills and how you’re going to pay for them

What This Course Includes

What You Will Get

What You Will Learn