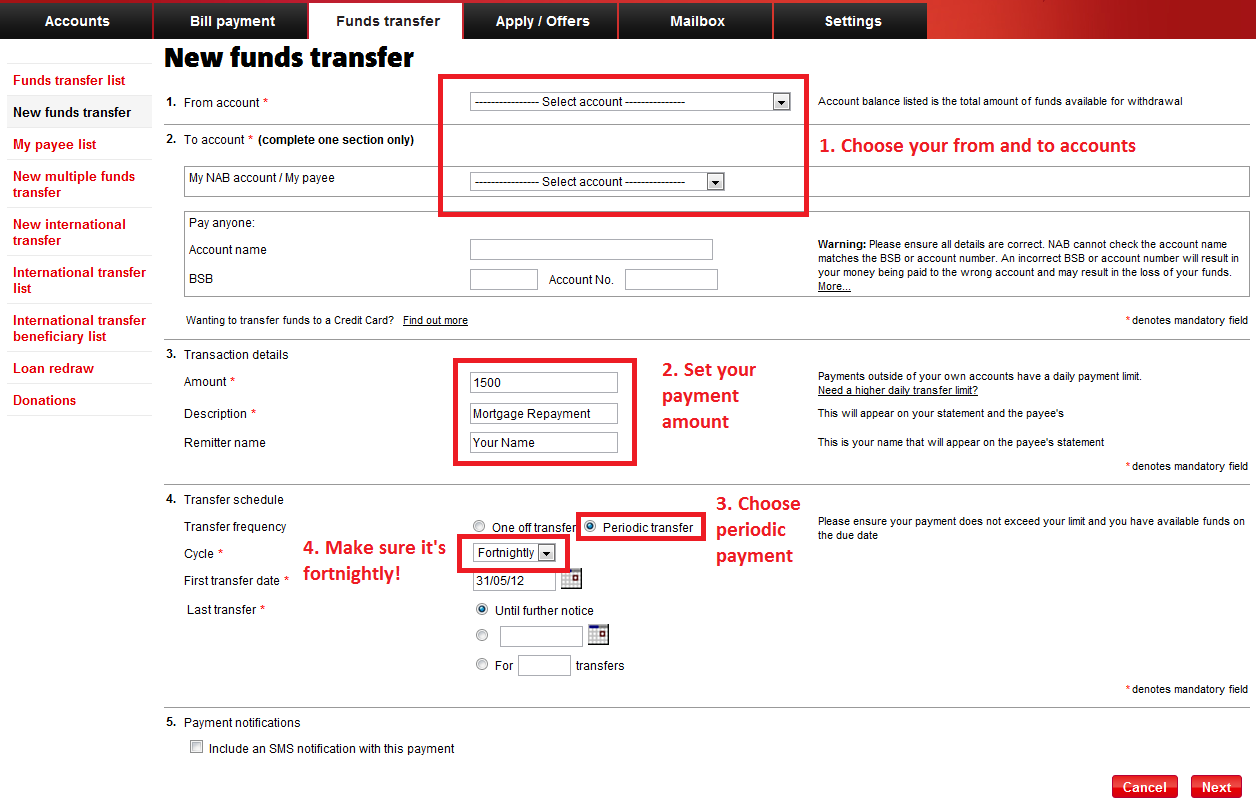 We really do. We greatly prefer seeing things “with our own eyes” as otherwise we will often just not believe it. Now when there is a long term thing such as a mortgage, climate change or even our health it often takes years or decades for things to play out and in the micro of each year you rarely notice any changes. Debt, just like fat, can creep up on you very gradually over time until BAM! You’re $80,000 in debt or 180kg’s in fat. Now it’s likely that you went into your mortgage with your eyes wide open. You definitely noticed as your balance went from +$35,000 to -$400,000 but in this scenario it’s the paying down that is the tricky part not the building up. Managing long term problems is not the natural thing for humans to do as we’ve evolved almost purely to deal with the immediate. The giant bear that bursts out of nowhere to steal the lion we just killed. Millions of years of evolution that is built right into us compels us to only consider the most important and immediate thing we can see which is usually the everyday stuff that isn’t worth worrying about money wise (at least until we have the bigger issues under control). “The price of milk went up $2!!” What an outrage! “Petrol is at 160 cents/Lt!!!” My GOD has the world gone mad!?? “Reality TV Show XYZ has that guy that did that thing last night!” How exciting!

These are all immediate, exciting things that we as humans concern ourselves with whilst we completely miss the giant elephant that’s on fire, trumpeting, throwing eggs at us and doing 180-kick-flips on a skate board as it slowly… gradually… walks through our entire life at the pace of a snail. This elephant is our mortgage debt.

It takes (apparently) 30 years to pay off a mortgage, a lifetime of working. It is a slow, slow process and we inevitably forget about it. It costs us hundreds of thousands of dollars to do so but because it is a long term issue we miss it, we know that it can be “dealt with” at any time and that it’s not really urgent and so we focus on the immediate things in life. This is why we ignore our mortgage debt and say things like “We’re already in so much debt… so what’s a little more?“

So if this elephant is there and we can now see it… how can we mutilate it you ask?* Well most people will jump like a rabid dog at the issue. They’ll cut all their expenses to $0, they’ll stop going out with friends and promise that they’ll stick to their plans and make awesome progress over the first week or even month… but then they slip up. We are creatures of habit… strong habits that have formed over decades often and just like New Year’s resolutions, eventually our rabid dog will turn back into the plain old everyday dog they used to be. They’ve failed. They are back in the same spot they used to be and although they have taken a small bite out of their problem, the giant 11,000kg elephant laughs at their puny attempt to bring it down.

*As a brief aside I have no desire to mutilate or bite any animal or anything for that matter it’s just an analogy so don’t fire bomb me please :-)

Thankfully though the secret to beating these long term problems isn’t actually making big changes, it’s the opposite. True behavioural change is something most humans resist even without knowing why, they just “feel” wrong about it due to our in built cautious nature so to put in place a permanent change you have to quite literally sneak it in. The changes have to be positive, you have to have the means to do it and you have to have a trigger. For me, the trigger is pay day. Whenever pay day hits and I see my account full of digital cashiola, I (out of habit now) go to our Excel Mortgage Calculator and fill out the number that my mortgage is now at. This is a positive thing because it shows me just how much closer we are to paying off our mortgage and it is of course easy to do as it’s just a web page to browse to and only takes 2-3 minutes of my time.

The true secret to beating long term problems is that you fight them in very small, regular bites over such a long period of time that you never even notice you’re beating them until one day you wake up and… oh – you’ve won.

When I say regular bites I’m not talking about the lame excuse for a “repayment” most banks will default to. $400,000 @ 7% for 30 years = $1,222.98 per fortnight (according to NAB). That is not a bite, that’s the bare minimum and you’ll never mutilate that elephant unless you throw more than just little twigs at it. Now again we come to the question of what should you be paying towards your mortgage? What represents a “Regular Bite”? The answer is actually different depending on your wage as someone on $120,000 will be able to afford more than another on $40,000. I will be addressing this question in an upcoming post but for now I want to focus on the system that you need to build around this number, not the specific amount.

I want to share with you how to make this payment system a long term habit that, once put in place, you can actively push further and further as you increase your mutilation abilities. For now, the “extra repayment” can be $1 more, it doesn’t matter, what matters is setting up the system and putting it in place so that mutilating your mortgage is the default and automatic thing that is done, not the other way around. This has worked wonderfully for our mortgage and is what I’ve recommended to many others in the past. Funnily enough, when we first setup our mortgage having little idea what was what, it was all automatic (as I assume the bank wanted to make it very easy for us to forget about the small repayments we were paying) but with a few tweaks it turned out to be quite powerful. If you want, you can also take this automation further by reading this article by Ramit Sethi. It is heavily US based but the principles can still be modified for Australia.

1. Your mortgage repayments must be automatic
They must be Automatic, Extra Mortgage Payments taken out of your account. If you physically make the repayment each fortnight, change it so that it is either automated or ask your bank to do direct debit for you. This will make mutilating your mortgage the default option so that when things get busy and you don’t have time, everything is still covered.

2. Increase your mortgage repayments slowly until you really start to feel the pinch
As mentioned before, many try and go “all in” straight from the get go… and fail. The way to fight your mortgage, as it is a long term problem, is to gradually increase your extra repayments until you can’t go any further. Start off by simply making the minimum payment + $50 per fortnight (that will chop 3.5 years off in and of itself). From there, give it about a month to make sure your finances are OK and then increase it again. Add another $50 a fortnight… and another… and another. If you’re confident that you can add more do so, but make it a slow process so that it instinctively turns into a long term habit. A good tip is that when you increase your payment amount, it should be something that you don’t even notice missing. If you handle the money in your relationship, your significant other shouldn’t even notice it, that’s how subtle it must be.

3. Your mortgage repayments must always increase to match any new raises
No lifestyle inflation is allowed during a mortgage. Lifestyle Inflation is when your cost of living goes up due to you earning more. You get a new job (say a $10,000 raise) and you then promptly buy a new $20,000 car because, well “now you’re richer”. It is often a split second decision between “should I” or “shouldn’t I” and for anyone with hundreds of thousands of dollars worth of debt, it isn’t a hard one any more. If you get a $10,000 raise now brilliant, that’s an extra $384.61 every fortnight that will now be going towards mutilating your mortgage. Note that this also applies for once off payments like tax refunds and bonus’.

So now that you’ve already changed your mortgage repayments to be fortnightly, your task for today is to make sure your mortgage repayment is automatic. This can be done in two ways, an automatic payment from your account to the mortgage account or you can get the bank to do direct debit for you. Some banks might only allow or prefer one option over the other, it doesn’t really matter which one you choose.

Setting Up Automatic Payments:
This is going to look different for different banks but they should all look relatively similar as most banks do the same things the same ways. Below is a screen shot of how to setup automatic payments in NAB’s online banking website. First login and then click the “Funds Transfer” and then “New Funds Transfer” links. Then follow these steps:

Setting Up Direct Debit:
This doesn’t really require any setup per se, you simply have to call your bank and say the following words:

Hi there, I’d like to setup my Mortgage Repayments to be direct debit please.

If you’re already on the Automatic Payment bandwagon then awesome work! Try adjusting your repayment up a bit and see if your significant other notices :-D