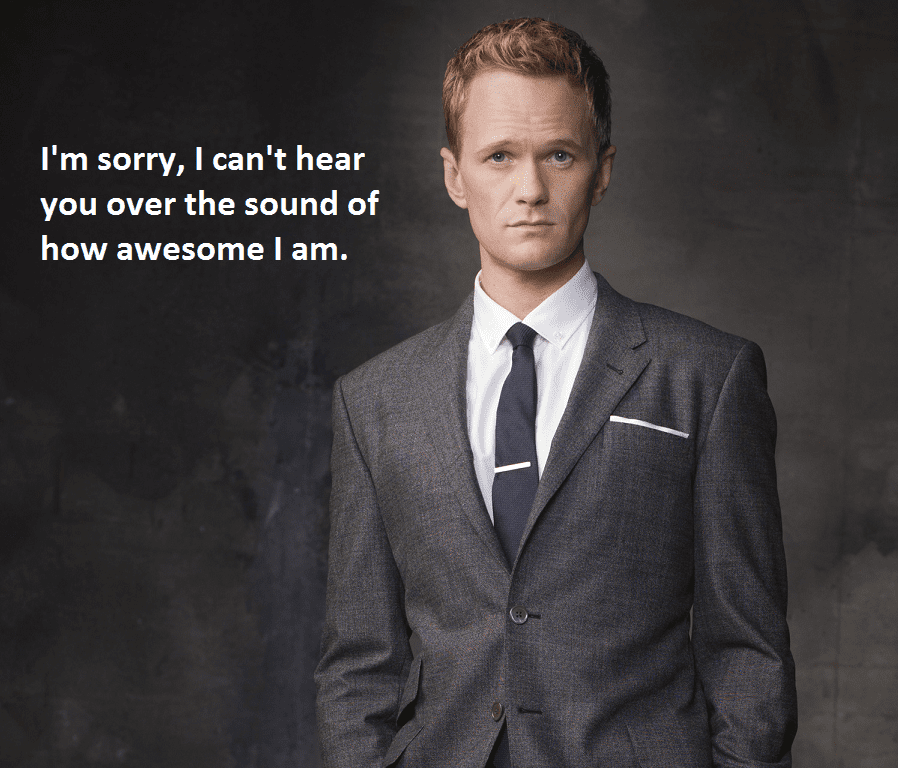 I thought I’d make this post a quick one this week as I cover a newly invented term by me (yes I’m allowed to do such things).

Now you’ve likely all heard of Lifestyle Inflation. This is, as they term it, “the silent killer of dreams” as the more you earn, the more nice little things you go off and buy and soon enough that bigger income you just got is all but spent just like your old smaller income was spent. The result is that no matter how big a raise you get, you always end up without any leftover money each month. Obviously you shouldn’t be doing this and if you are, get back to putting 70% of your wage into your mortgage now! For the rest of us though I’d like to explain my new terminology.

Awesomeness Inflation: The process where you increase your ability to be awesome at the various tasks in life and thus, do those tasks cheaper, faster and in a more efficient and environmentally friendly way than before.

A good example of this might be where instead of driving to work every day, paying for parking and wasting hours of your life in traffic… you do your research, try a few different routes and methods and then figure out that you can instead bike to work for free, lock up your bike right next to work, save on exercise costs because you’re riding every day and all at the same time not drive around a polluting car 5 days a week. You’ve become fitter, richer, more efficient and pollute less all by developing your ability to bike to work instead of drive!

I don’t think anyone’s ever really put a “name” to this process as it does occur over a very long time period (just like Lifestyle Inflation) and is of course a choice you make consciously. But one other specific result of Awesomeness Inflation is that, like Lifestyle Inflation, once you go up a level you can’t go back down (or it’s very difficult to). Think of the person who has built up the habit of exercising 4 times a week and loves the fit, healthy and active body that is a result of doing so. Do you think they’d be willing to “give up” those awesome benefits and go back to living without doing any exercise at all? Of course not! Know someone who runs 30 km’s or bikes 100 km’s a week? Ask them if they’d ever give it up and you’ll likely be met with the same answer that you would if you asked someone who just inflated their lifestyle by buying the latest shiny SUV.

This is also the secret behind why I (and millions of others around the world) actually enjoy giving up things like driving and taking the train instead. Some see it as a sacrifice and how they’d “lose” their precious car but I see it as Awesomeness Inflation. We’re elevating our ability to live life more efficiently, cheaper and often to do things quicker too and once you start it becomes a bit of an addictive habit! Would you consider regularly walking 5 km’s not a big issue at all or would that be an impossible challenge for you? If so, your Awesomeness Level probably isn’t as high as mine. I’m sure there are some out there who would happily run 20 km’s and not think it a big deal but it’d totally kill me as I suck at running. Their Awesome Level is higher than mine for that particular task.

There are many levels and many different tasks to get awesome at but I can’t tell you how much it has helped me through life always trying to increase my Awesomeness Level and it will help you too. You end up being much more self-reliant, more secure and more confident in your own abilities. Can you repair your car or do you have to pay someone to do it? Do you mow your own lawn or does someone else do it? Do you HAVE to have your morning coffee from the cafe at $5 a pop or could you be more awesome and not need it anymore?

I often think of the crazy cool SASR guys and how awesome they are in terms of being able to be left out in ridiculously harsh situations for days and days without water or food and yet still survive. They’ve built up their Awesomeness Level to truly inspirational heights and although it takes a lot of work, the result you get from it are always disproportionate.

For example if you’ve inflated your Awesomeness Level in the scenario above and were able to go to work each morning without buying a coffee some of the results you’d get would be:

And that’s just the benefits to do with coffee! When you start levelling up by biking or running or eating healthier or repairing your own equipment/house/cars the rewards are even greater and they compound year after year after year. Another great benefit to continued Awesomeness Inflation is that it always keeps you from becoming a lazy couch potato.

At the moment I’m trying to level up in overall body strength and eating habits. Not having to worry about lifting random heavy objects or a life of having “back issues” are just a few of the benefits to that. So what task are you going to level up on next?