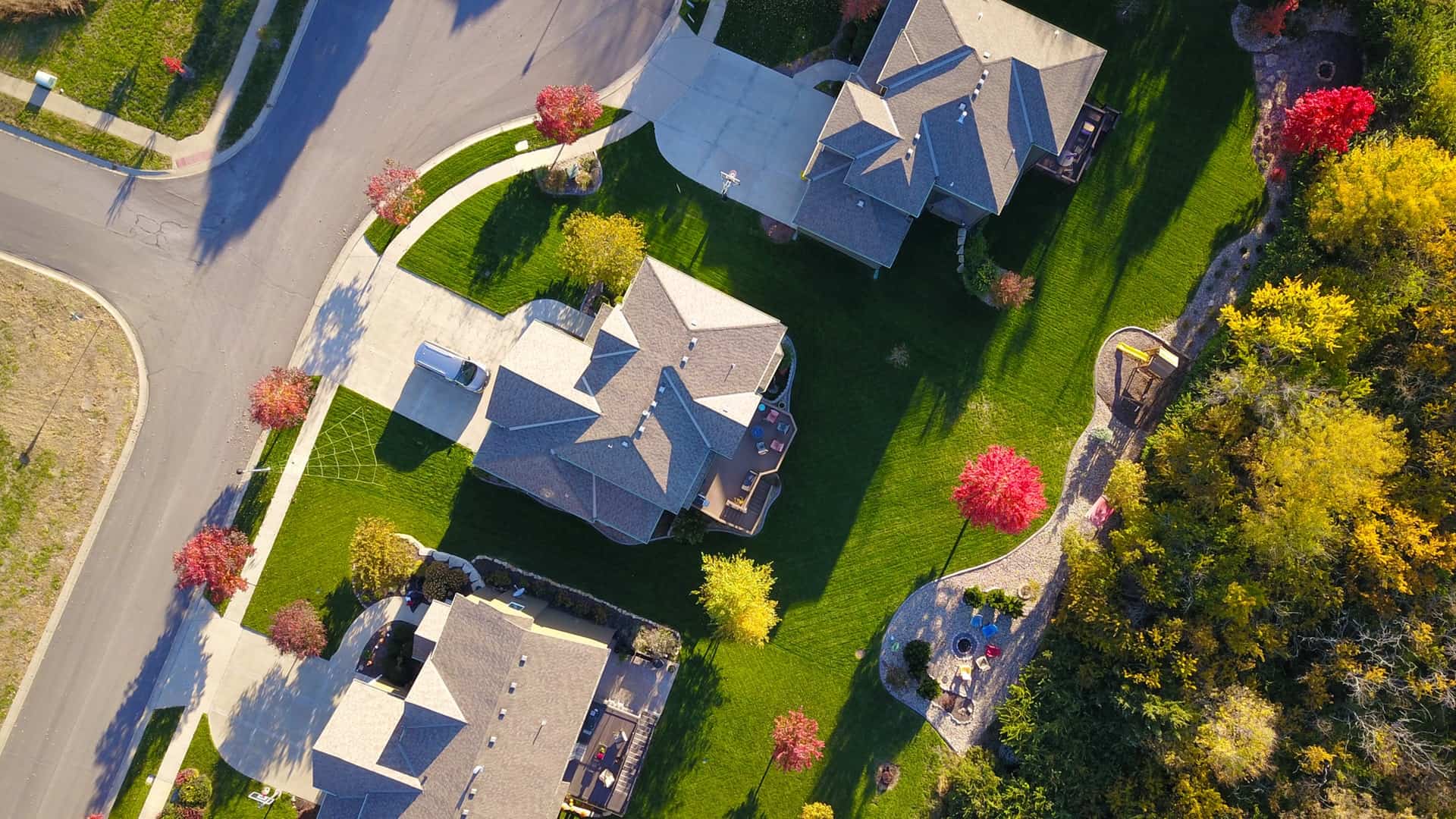 While it’s illegal for banks to literally hide things from their customers they can still make it hard to find or just put up multiple barriers making it a pain to know things that can help you to pay off your mortgage early. After all, it’s in their best interest to keep you sucking on their proverbial teat for as long as possible. This combined with most peoples reluctance to deal with their finances makes it easy for people to miss these very important mortgage advice rules.

1. There Is No Quick Way To Pay Off A Mortgage

I’m sorry but it’s true. You heard it here first, paying off a mortgage takes years. Sorry to burst your bubble but there’s some good news too, it doesn’t take 30 years.

Depending on your income, expenses, size of loan and interest rate you can pay it off in 15 years, 10 years or even the 6.5 years it took us to pay off our $400,000 loan. For more concrete examples check out our extensive Use Cases.

The point is that paying down a debt isn’t a “get rich quick” scheme with a super secret trick that you can Google. Even if someone had come up with that I’m pretty sure Google would just keep it for themselves… maybe that’s why they’re so rich?

One of the first pieces of critical mortgage advice you have to get into your mind is that paying off a mortgage will take you multiple years. It definitely shouldn’t take you 30 years or even 15! But it will take likely around 5-10 years if you’re doing it right.

So stop trying stupid get rich quick schemes or praying that the lottery will save you, it won’t. Get to it and do the work yourself. It’s shockingly easy and I’ve laid it all out on this site for you, for free, under How To Pay Off Your Mortgage Faster. If you’d like more extensive guide, we also have a paid course with hours of video and a 60+ page eBook for those looking to get every bit of mortgage advice possible.

2. Mortgage Debt Is Not “Good Debt”

Ahhh this old gem. Hilarious. Now while I can indeed confirm that sometimes being in debt for a property is actually beneficial to your overall net worth, that’s not what most people think of when they repeat the whole good debt fallacy.

While I won’t go into the very dry maths behind why this isn’t actually true, it doesn’t really take much to shatter this illusion. You are borrowing money and paying someone else interest on that money. You are literally losing money – a lot of money if it takes 30 years – so I’m not sure who would ever judge that to be a “good” thing.

More often than not this stupid saying is used to justify going further and further into debt so that you can get a fancier house. Make no mistake: debt is debt and you will pay for it regardless of how good or bad someone tricks you into believing it is.

3. Mortgages Shouldn’t Be Calculated At 30 Years

When you play around with compound interest numbers a lot one thing starts to become clear. Once the compounding effect goes over about 30 years or so, there’s really not much of a difference between what your repayments end up being.

For example, on a $400,000 loan at 4% you will pay $770 per fortnight over 40 years or $677 per fortnight over 60 years. So even though you’re paying off the mortgage for an extra 20 years in the second example, you’re repayments essentially stay the same.

As such, to avoid this compound effect constantly holding you down you need to pay off your mortgage in under 10 years. Doing so means that you hugely reduce the amount of interest you pay to the banks and instead get to keep it yourself.

So when you’re looking to buy your home, always make sure you change the mortgage repayment calculators to be 10 years. You won’t be able to borrow as much, but it’ll mean you won’t be sending literally hundreds of thousands of dollars to the bank either.

4. Set Your Repayments High And Make That Shit Automatic

Paying off your mortgage shouldn’t be a thing you think about really ever. If you have to, it’s going to wear down your willpower muscles and you’re going to cave eventually.

Ideally you should go through the calculations once – I’d suggest using our handy free Excel Mortgage Calculator Spreadsheet with Amortization Schedule – set your repayment to that higher amount and make it automatic. Done.

Go back to your life and live it as if nothing has happened. In the background your mortgage will get Mutilated every fortnight and you can enjoy your life knowing that you’re doing the best thing possible for your future. This specific piece of mortgage advice is extremely important as automating your life and finances is a huge Big Win.

The best part about this tactic is that you’ll completely forget that it’s happening after a while. Then when you do remember, you’ll be greatly surprised at how awesome you’ve done with literally zero effort or thought on your part.

5. When Rates Are Low, You Pay Off More Not Borrow More

While the general finance thought process for what to do when interest rates are low is “borrow money!” this isn’t really meant to be applied to your average John Smith. Instead it’s advice meant for businesses or governments.

When rates are low, it means more of your mortgage repayments go towards the actual principal amount as opposed to the interest. This is absolutely fantastic, especially when you’re just starting out on a mortgage.

Right now the cash rate is at a stupid 0.75%. That’s bonkers low. Literally the lowest it’s ever been in the history of Australia. This doesn’t mean you go out and borrow another $500,000! It means now you can get mortgage rates at 1.99% so make absolutely sure you’re ploughing as much money towards paying down your existing debt as possible!

6. Windfalls Are For Your Mortgage Not Fancy Cars

If you get an inheritance or other type of money payment, don’t even think about “what you should do with it”. It goes straight towards reducing that mortgage. Just imagine me as your mortgage coach, leaning over your shoulder and transferring the money directly into your mortgage account.

If you’re really struggling with committing all of it, perhaps use 5% of it for something nice but the overwhelming majority 95%+ should absolutely go towards paying off any debt you have.

The worst thing you can do is go out and buy some shiny new toy that then ends up costing you more money in maintenance. I’m talking about boats, jet skis, sports cars, new subscription services etc.

These not only suck away that precious one time bonus but then increase your lifestyle inflation levels and further put the brakes on how much you can pour into the loan.

Let’s be frank here. If you’ve got a home over you head, have an average or more paying job and can afford to put more money towards your mortgage you probably already have everything you actually “need”. Food, water, shelter, WiFi. The main important things are covered.

There are many ways to deprogram yourself from this treadmill. My suggestions involve removing all TV, blocking all ads at a router network level, stop listening to the radio (stupid ads) and stop reading normal news sites (again just stupid ads and stupider ads pretending to be news).

At a more fundamental level though just be aware that ads heavily influence you (that’s why they exist!) and so you want to basically eliminate them completely. Again it should be obvious, but buying shit won’t make you happy, that can only come from within. Accept yourself for who you are and instead focus on improving yourself.

8. Stop Taking Advice From Banks Or People That Are Still In Debt

It’s easy to do as Banks seem like “experts” in money but taking advice from them is just silly. They’re a business. They’re there to make as much money as possible in the end.

Now while there’s laws to hopefully prevent them from totally screwing you over (eg lying/cheating/stealing) make no mistake, they use every legal trick they can to make your money theirs.

This includes setting things like loan terms to 30 years by default, making everything complicated and boring to ensure you don’t know what’s going on or just seeing what general BS they can get away with.

You should do your own research and calculations. Understand the finances yourself and make your own decisions. Then you go into the bank and tell them what you want. Otherwise they’ll just lead you down the road that makes as much of your monies theirs as possible.

On the other end is people taking advice from others that are in huge amounts of debt or who still have a $500,000 mortgage after paying it off for 20 years! It’s the equivalent of asking advice from a boxer that’s never won a match in their life!

Unfortunately this asking advice from people that really have no idea what they’re talking about usually includes parents too. So first make sure that the person you’re asking advice from doesn’t have any vested interests and then second confirm that they have actually achieved the thing you want to do already.

There’s plenty more advice both on this site and out there, but those are some of my top, core mortgage advice rules. Now I want to throw it over to you readers. What obvious (or not so obvious) advice have you found over the years killing that mortgage? Shout it out in the comments below and hopefully we can get a really good list going.