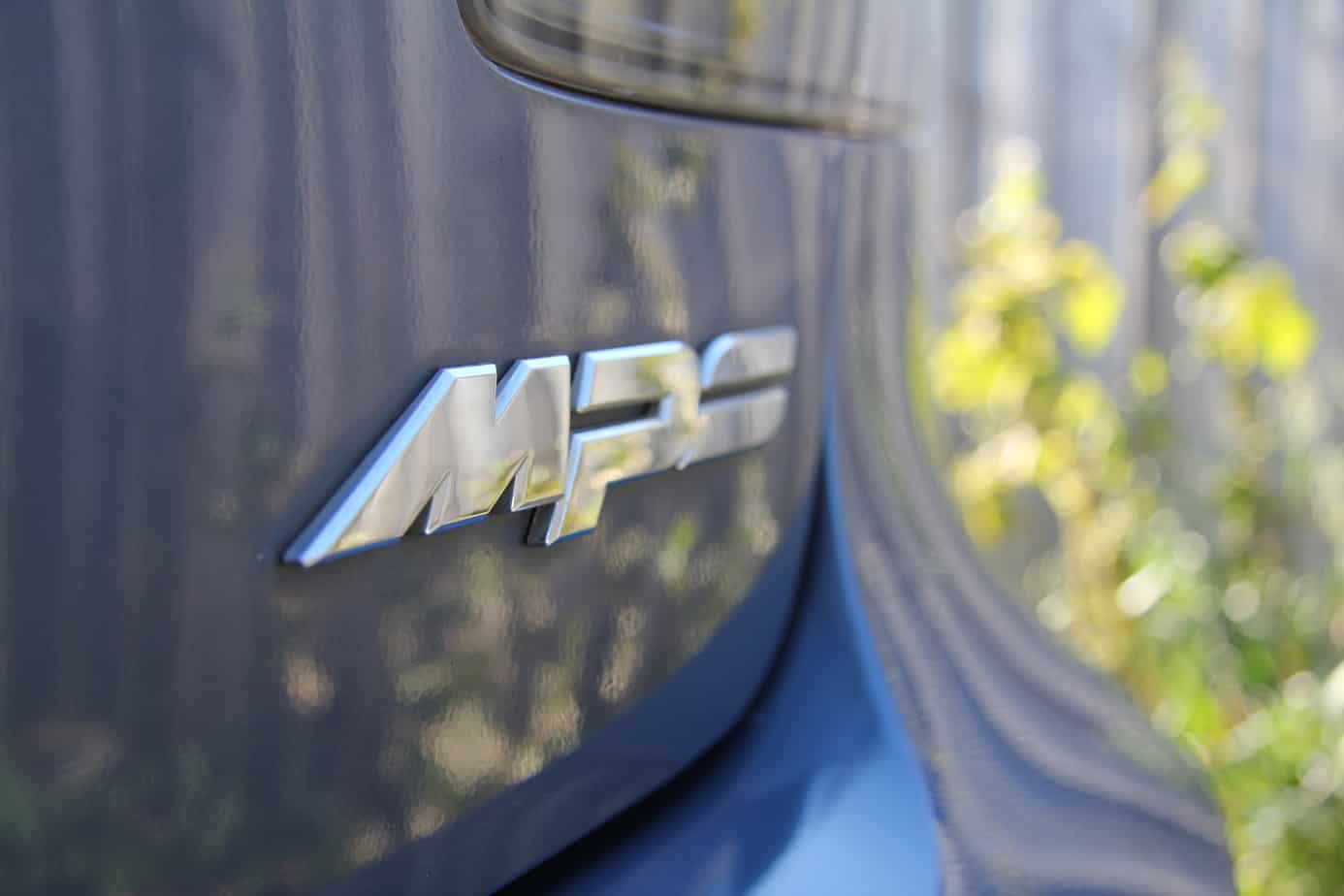 The single biggest thing that helps you Mutilate Your Mortgage is making continually higher repayments. Not a once off at Tax Time, not switching to fortnightly payments or getting an offset. Make your repayment more and be consistent. That’s it! So today I’m addressing the number three top expense, how to live a happy life with just one car.

Now a few years ago DW and I had two cars. One was my ancient 1996 Mazda and the other was her newer, fancier (and MUCH faster) Mazda MPS. The newer Mazda was great fun to drive with its very fast acceleration up hills and on freeways however the older Mazda wasn’t the best. It was still going OK and was quite good by 1996 standards (air bags, power windows, cruise control etc) but was breaking down more and more. So I decided to see what could be done about reducing our expenses in the “car” department.

The easiest way to do this is to just remove one of the cars entirely. Obviously this had to be my older Mazda as it was costing the most and being used the least. However first we had to reduce our use of the cars to just one. I would always drive to work meaning DW wouldn’t have a car if we only had one. So over time I switched to catching public transport into and out of work. This, along with a few other minor timetable rearranges, made the older Mazda virtually unused and so I then started to consider selling it off for good as an honest possibility.

After reviewing how we used both cars it was pretty clear that about 99.99% of the time, we either both used the same car or one of us would remain at home while the other would go out for sport or something. But what about that other 0.01% of the time??? Sure, it didn’t happen often but it’d be a REAL pain in the ass when it did! And that’s when I realised something quite relaxing. The cost of keeping the extra car for that 0.01% time was SO much, that even if I didn’t count petrol, I could take about thirty $50 cab rides through the year and still pay “less” for transport! And seeing as I would never need THAT many cab rides in one year, I decided to sell that car off right then and there.

Knowing that if worse came to worse and BOTH of us needed a car urgently at some time I could just call a cab and spend virtually any amount I wanted on it, and we’d STILL be better off financially took a big weight off my shoulders about the “what if” scenarios. What if we have two different parties at two different places? What if I have to pick up X and DW has to go to sport at the same time? It didn’t matter! All would still be good and as such, we’ve saved thousands over the years.

The Cost Of Cars

Most people know cars are expensive but I don’t really think they “know”. Some people spend $10,000 buying a decent second hand, practical car. Others take out $60,000 loans to buy essentially the same thing but prettier (and faster). But that of course is just the start. Over the life of a car you’ve got things like…

– Servicing (for a reliable, new car this can be $300/year or so including tires all the way up to who knows what for cars that blow their turbo)

This totals anywhere from $3,000 up to maybe $5,000 every year, PER CAR! Which is quite insane and clearly why Transport is usually the third biggest cost of a home budget after Mortgages and Food. Now imagine if you could live with exactly the same satisfaction as you do now… but be saving $5,000 every year for the rest of your life. That’s what we did and it’s what you can do too.

Now it’s pretty obvious that having one car instead of two is going to save you a good chunk of money but that’s not the only thing that’s great about having one car. Most people focus on the negative things like having to *gasp* actually be remotely organised when planning things but there’s plenty of positive things too.

One big thing is that most families have one good car and one bad car. Sure, the “bad” car might not be THAT bad, but it’ll still be older or break down more often or use up WAY more fuel than the other. Owning only one car has a big benefit of reduced complexity. There’s no need to have two spots to park the cars, there’s no need to fill up two cars, no need to organise insurance (and constantly shop around for a better deal every year) for two cars, no need to clean two cars, no need to service two cars and so on. As I said, our older Mazda wasn’t too bad, but it was always on my mind that it COULD break down again at any time. It might just be a dead battery or the air con failing but it still causes minor issues and comes with costly repair bills. So when that car left our lives a huge weight was lifted off my shoulders, now we only had to take care of and worry about the nice, new car that virtually always runs great.

Another very important benefit is that having only one car promotes a much healthier lifestyle. We both walk more (to/from the station to catch the train and to/from the station to work) which is said to be one of the best things you can do for your body. I also enjoy that walking now too as I get to give the dog exercise as well as get some fresh air. It’s become routine and I’m sure will make me considerably healthier in the long term even if it seemed like a bit of a hassle at first. On top of that it means we’re in a car less often on average and considering driving is pretty much THE most dangerous activity people do on Earth (in terms of shear deaths it causes) I’d consider that a good bonus!

And finally there’s a few other extra’s such as it is all better for the environment (reduced resource use) and I find we now spend more time together while driving around. Instead of each of us hoping into our own cars and driving off in separate directions, we’ll both hop into the same car and get to catch on things which we otherwise wouldn’t have been able to do. So all round it has done us both a great deal of good both financially and in general.

But I Could Never Do That!

Is what most people say when presented with only having one car. Or they might not even respond and just scoff instead. If you live in Florence, Italy and you can walk from one end to the other in 20 minutes it’s a little easier to be without a car… but in Australia it can take 3 hours of driving and you’ll STILL be in the same damn city! We space things out a tad more over here and cars, cars, cars is the result.

Now I’m sure you can very quickly think of many legitimate reasons why YOU could never only use one car but unfortunately they’ve all likely been solved by someone else meaning you’re just being a wuss. I get it. We used to have two cars and it was very handy and neither of us thought it’d be “good” to give one of them up. What about when DW goes to sport on Monday night and I don’t’ get home from work until 8pm??? What then Mortgage Mutilator!??? Well the answer is simple, change!

We couldn’t have dropped one of our cars if I was still driving to work all the time. Nor could we have done it if we didn’t organise our life around only having one car and doing things together instead of just running off on our own when we wanted. And it doesn’t have to be sudden change either! I transitioned into taking public transport to work over a month or two all whilst still owning two cars. After that the older Mazda was barely (but still) used so I tried to go one month without using it at all. I didn’t even try and I did it, so then I went two months, then three… then it became natural to just never use it which then just made me want to get rid of it even more.

Sit down and have a think about the main uses for when you use BOTH cars, then try and solve those situations one by one. Eventually you’ll be just doing your everyday thing and finding that you never seem to use that older car… it just sits there and costs you money. So you really should sell it!

And a year later you’ll wonder why on Earth everyone seems to have to have two (or more!) cars all the time… damn crazy I tell you!